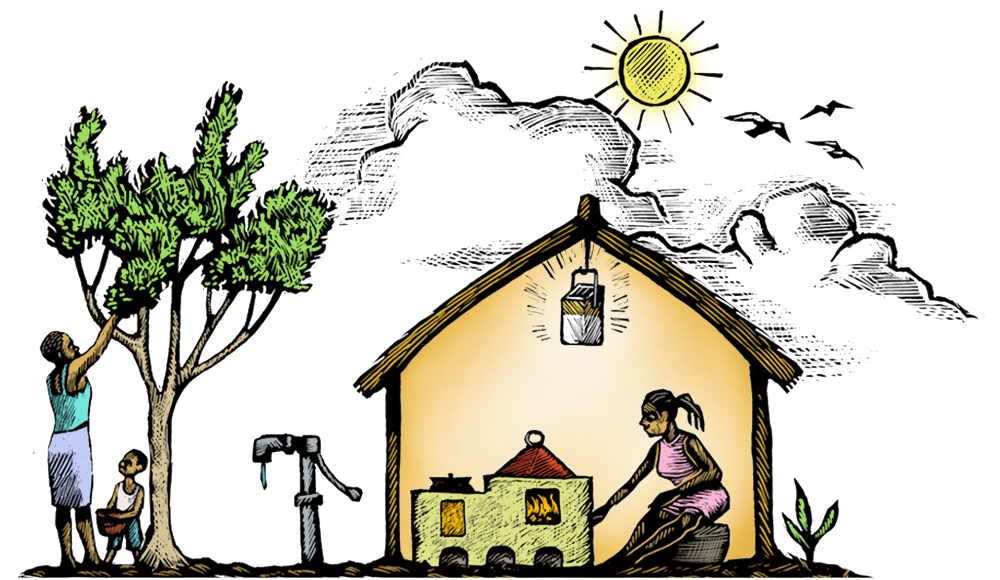 Dublin, Sept 4 2018. Vita, the next generation Irish development agency fighting hunger and climate change in East Africa, is delighted to announce that they are the winners of the prestigious Environmental Finance 2018 award for Best Individual Carbon Offset Project, for the Vita Green Impact Fund. This is a climate mitigation and climate adaptation programme delivering social impact in compliance with the United Nation’s sustainable development goals (SDGs).

Vita has established itself as the leading provider of high impact carbon offsets in Ireland, counting Avolon, Dublin City Council and Keogh’s amongst it’s climate – minded customers. These carbon credits enable businesses to better manage their carbon footprint while supporting their targets towards the SDGs. Through their offsetting initiative, these companies enable Vita to deliver life-transforming programmes with some of the world’s poorest people.

A carbon credit is created when the amount of carbon being released into the atmosphere reduces by one tonne. The Vita carbon offset initiative is the premier route for companies who are taking a leadership role in climate mitigation. The Vita pilot programme, supported by Irish Aid, has already reached 300,000+ people in East Africa over the last two years through access to clean drinking water, fuel efficient stoves and climate smart agriculture while reducing carbon emissions by 400,000 tones. The next step is to scale this up to two million people in due course with a corresponding saving of three million tonnes of carbon emissions.

Speaking from Chicago where he is presenting at influential Baumhart Centre, part of Loyola University, Vita CEO John Weakliam welcomed the recognition. “It’s great news for our Green Impact Fund and brings this innovative model to a whole new audience. Ultimately, our carbon offsets are a smart investment as they have such a vital impact on the lives of those most adversely affected by climate change.”

Mr Mark Simpson, Founder and CEO of CO2 Balance, has supported Vita through the Gold Standard Certification process. “It’s wonderful to see, after over eight years of partnership, Vita getting recognised for their innovation and courage. The Green Impact Fund credits represent excellence in both impact and value for those wishing to offset their footprint.” C02 Balance is the biggest provider globally of Gold Standard credits from Africa.

Environmental Finance is the premier platform for covering opportunities arising from the financial sector as a whole from the move to a lower carbon world and is read and followed by a wide range of stakeholders.